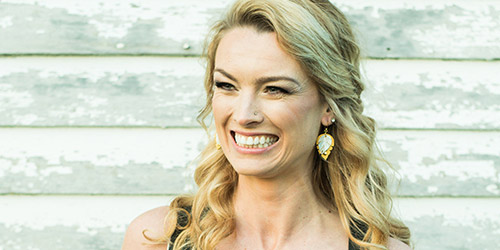 Kate Campbell has been working in the television and renovation industry for 10 years and has been taught by some of Canada’s top renovators. She got into the skilled trades in 2005 and took a “Women In Skilled Trades” (WIST) course which introduced her to carpentry, electrical, plumbing, finish carpentry and several other trades.

She can be seen as part of the crew for Mike Holmes and Paul Lafrance, appearing on hit series such as Home To Win, Holmes on Holmes, Decked Out, Disaster Decks and Custom Built. She’s worked with the best designers, best builders and the most cutting edge building materials.

When she’s not working on television, Kate runs her own renovation company, KateBuilds Inc. She is extremely passionate about speaking to young women who are considering entering the trades. Kate is focused on ‘changing the face’ of the skilled trades and especially passionate about being an advocate for women and supporting causes that are important to her.