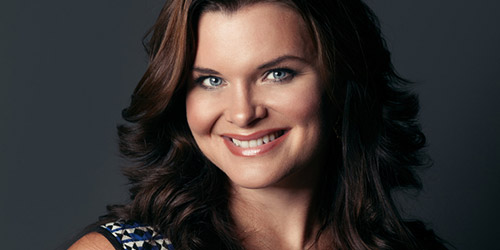 Prior to joining The Bold and the Beautiful, Heather spent three years starring as “Kelly Cramer Buchanan” on ABC’s One Life to Live, and 13 years starring as the tempestuous “Victoria Newman” on CBS’s The Young and the Restless.

In 2012, Heather Tom set a record as the only actor in television history to win an Emmy® in all three Performer categories: Younger, Supporting and Lead Actress, according to the National Academy of Television Arts and Sciences. Heather also holds the record for being the most Emmy® Award Nominated Actress under the age of 40.

In 2013, Heather reached another career milestone with Variety's announcement of the “Daytime TV Impact Honorees” listing the innovators from daytime TV. From the impressive list of 30 nominees (representing all genres including network executives, producers and news anchors), Heather was the only actor listed.