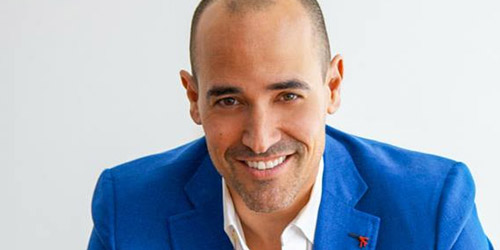 To celebrity chef David Rocco, the dolce vita — “the sweet life” — is about being present in those moments in life that bring you joy. It has nothing to do with money or possessions. (Though he does like those things!) It’s a sip of perfect espresso in the morning. It’s the patina of a rugged old kitchen table that has seen a thousand family dinners. It’s a nod hello to a stranger as you struggle down the street in the morning to catch the bus.

David brings his passion for food and life to millions of kitchens every day through his worldwide hit television programs. Airing in more than 150 countries, David Rocco’s Dolce Vita, David Rocco’s Amalfi Getaway, and David Rocco’s Dolce India are each the perfect combination of food, travel and a celebration of the sweet life.

David is the author of three cookbooks: David Rocco’s Dolce Famiglia, David Rocco’s Dolce Vita and Made In Italy. He is the recipient of numerous awards and accolades including a Gourmand Award, a Taste Canada Award and has been named one of “Canada’s Top Ten Style Makers” by Flare magazine. David is regularly featured and quoted by newspapers and magazines including The Globe and Mail, National Post, Toronto Star, Hello!, enRoute, Food & Drink and Chatelaine. He also makes regular guest appearances on Global, CTV and CBC television, as well as popular programs like Donut Showdown , where he was lead judge, Top Chef Canada and Iron Chef America. David has also ventured out into the world of winemaking by launching his own wine label, David Rocco’s Dolce Vita, featuring three varietals: Prosecco, Chianti and Pinot Grigio.

Currently, David lives in Toronto with his wife and business partner, Nina, and their three children: Emma, Giorgia and Dante.