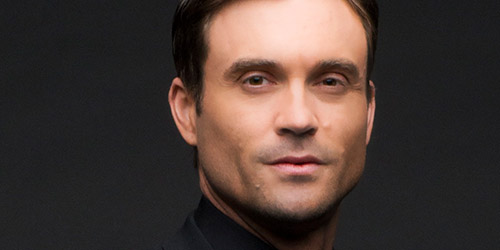 Daniel portrays Cane Ashby on the The Young & The Restless. A native of Sydney, Australia, Goddard was working on a finance degree when he decided to pursue a career in acting.

After studying at the Ensemble Actors Studio, he landed a role on the popular Australian soap opera “Home and Away.”Goddard left Australia in 1996, and spent two years working on archaeological digs in Mongolia, Tunisia, Liberia and Portugal. While passing through Los Angeles, he was cast as Dar in the internationally syndicated series “BeastMaster,” which was shot in Australia. In 2002, he returned to the U.S. to guest star on the television series “Wild Card,” “Monk” and “Emily's Reasons Why Not.” Daniel lives in LA with his wife and two children.