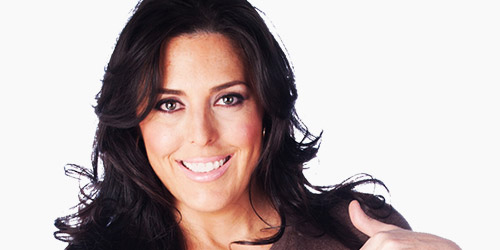 Candice has been reporting on environmental issues for the past 15 years. She began her career as a weather broadcaster at Canada’s Weather Network. After engrossing herself in climatology she left her job in 2006 to launch the first, local green television series in Canada. As the host, creator and producer of A Greener Toronto, she was responsible for all the content, fundraising and day to day challenges of creating a brand new series. In 2011, the City of Toronto recognized her work with a nomination as a finalist in the Green Toronto Awards in the category of Environmental Awareness.

After 5 seasons of A Greener Toronto, she moved on to host and produce Pet Central on The Pet Network. A weekly series that focused on sustainable pet ownership, animal rights and other topics related to pets.

In 2010, she was chosen as one of a select group of Canadians to be personally trained by former US President Al Gore, to give the Inconvenient Truth Presentation.

In 2011, she created, hosted and produced two more eco themed television shows, Global Footprints and @issueEarth. Here she reported on a wide variety of topics including the Gulf Oil Spill, toxins lurking in personal care products, sustainable homes and agriculture, the effects of the fashion and transportation industries on the natural world, deforestation, coral bleaching, factory farming and much more.

Last year she was recognized by her Alma Mater, Seneca College. The college nominated Candice for The Premier's Awards, which honours the important social and economic contribution college graduates make in Ontario and throughout the world.

Currently, she calls CTV’s The Marilyn Denis Show home, in her roles as On Air Eco, Pet Expert and Sr. Producer. Her work encompasses a wide variety of topics from pet adoption to DIY skincare.

She is also a regular contributor to Huffington Post, where she writes about a number of eco themed topics. Candice is also actively involved with Nature Canada and World Animal Protection.

She holds a Bachelor of Arts degree, a post-graduate degree in Broadcast Journalism and a diploma in Organic Skincare Formulation from Formula Botanica, the world's leading organic cosmetic science school (based in the UK).