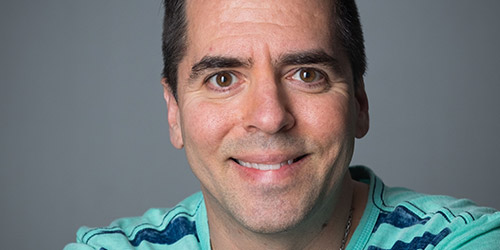 Barry Davis has been in broadcasting for more than 25 years. He started as a technical operator for an oldies station and soon found himself, hosting shows and reporting on sports. That radio station would eventually become The Fan.

From 20013-2017, he worked at Sportsnet and covered the Toronto Blue Jays, from Dunedin to Toronto, and everywhere in between. He was known for his on-field reporting, which was a way for fans sitting at home to connect with the players.

Barry is now hosting his own Podcast, entitled “Outta the Park”. He continues to engage audiences with his direct, no-nonsense interview skills. His solid sports knowledge and his reputation for honest reporting, brings both current and former players flocking to his podcast as his special guests.

Barry is a talented emcee and brings his wealth of experience both behind and in front of the camera, to his many keynote and personal appearances.

When Barry is not talking sports or entertainment, you can find him singing and playing guitar or bass in a Tom Petty Tribute Band.

Barry is happily married to wife Debbie and is a proud father to son, Zane. They reside north of Toronto.